I grew up in a small town, one of just 38 in my graduating class. In high school I played basketball, and we were pretty good for a small school. We went to the State Tournament my junior year and to regionals my senior year. I was the starting point guard two and a half years of my three years on the team and was awarded All-Region and All-Conference, and I led the team in assists and steals.

Yet I knew, much of my success could be attributed to the fact that I played for a small school, which competed against other small schools.

Had I been uprooted into a large high school, I wouldn’t have been the starting point guard; I may not have even made the team. I wasn’t a 3-point shooter, and I wasn’t the quickest. I had a pretty good vertical jump (the highest my dad had ever seen in his three decades of coaching), but at 5 foot 6 I’d never be a post player. I was decent, and as a coach’s daughter I had a sharp mind for the game, but I wasn’t good.

But since I stayed in a small town on a small team, I exceled.

That small town mentality has followed me into adulthood. I gravitate toward small classes, small groups, a small church. Much of that is due to my desire for more intimate one-on-one connection.

But I can’t deny the other reality. By staying where it’s small, where it’s comfortable, I feel like I matter. 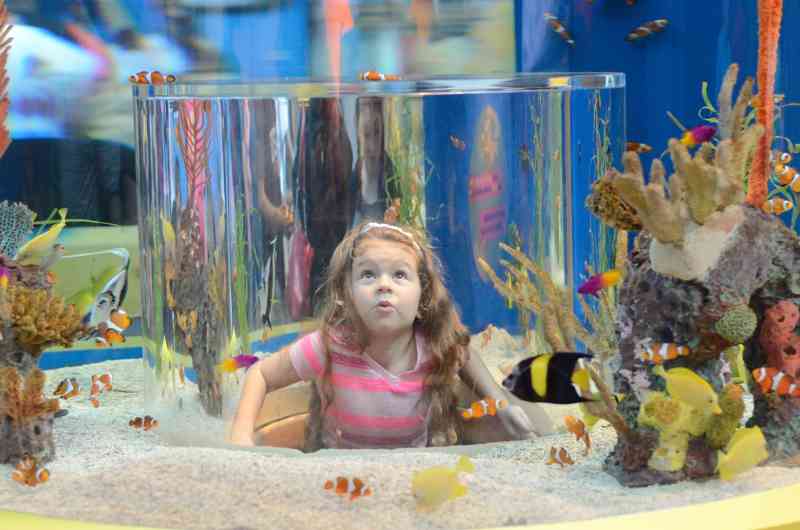 Recently I’ve felt led to make a change in one important area of my life where I’ve gone from small to large. It has been an incredibly humbling experience, one I knew was necessary and God-led. I needed to be the small fish in a big pond.

But sometimes we’re called to something larger, something out of our comfort level. A new job. A new ministry. A new way of looking at the world and people. A break out of our familiar. Our security. It’s tempting, even when called to those deeper waters, to beg to stay where we are.

Truth be told, I don’t want to be a small fish in a big pond. I want to feel like I matter.

But God never calls me to seek to matter. He says I already matter because He made me; He chose me; He called me. My worth is found in Him, following His plan, whether I follow Him to a small pond or a vast ocean.

Related: When You’re the Small Fish in a Big Pond

Share on FacebookShare on TwitterShare on PinterestShare on LinkedInShare on Email
Previous Post: « When You’re the Small Fish in a Big Pond
Next Post: The Sin in My Life I Couldn’t Ignore Any Longer »