I don’t know if it’s true or not. When I got a new smart phone a few years ago I was told I should only keep it on the charger until it was fully charged and then unplug it. Otherwise, it would be bad for the battery.

Someone more tech-minded could tell me if that’s the case or not, but I inevitably found I couldn’t keep up with the “taking it off the charger immediately” routine. My phone consistently overcharged.

Even as a mom, I’ve realized it is imperative that I carve out “recharging time” every afternoon. My husband laughs at my daily cappuccino and reading break, but it’s a necessity.

This past week has been what you would consider an introvert’s dream. After Drew’s tonsillectomy eight days ago, I’ve had loads of alone time. It has been great in one sense. Between hugs, pain medication administration, and the daily McDonald’s milkshake runs, I’ve caught up on blog posts, read books, and researched next year’s vacation. All mostly with a coffee at my side–an introvert’s paradise.

But I noticed a feeling creeping in, in the midst of this introvert heaven: loneliness. Sure, I’ve kept up with people via social media, but I’ve learned this paradoxically increases my feeling of isolation.

Similar to my smart phone, I desperately needed a recharge (especially on the heels of hosting two family Christmas dinners in three days). After a couple of days, though, I was recharged. Over-recharged. 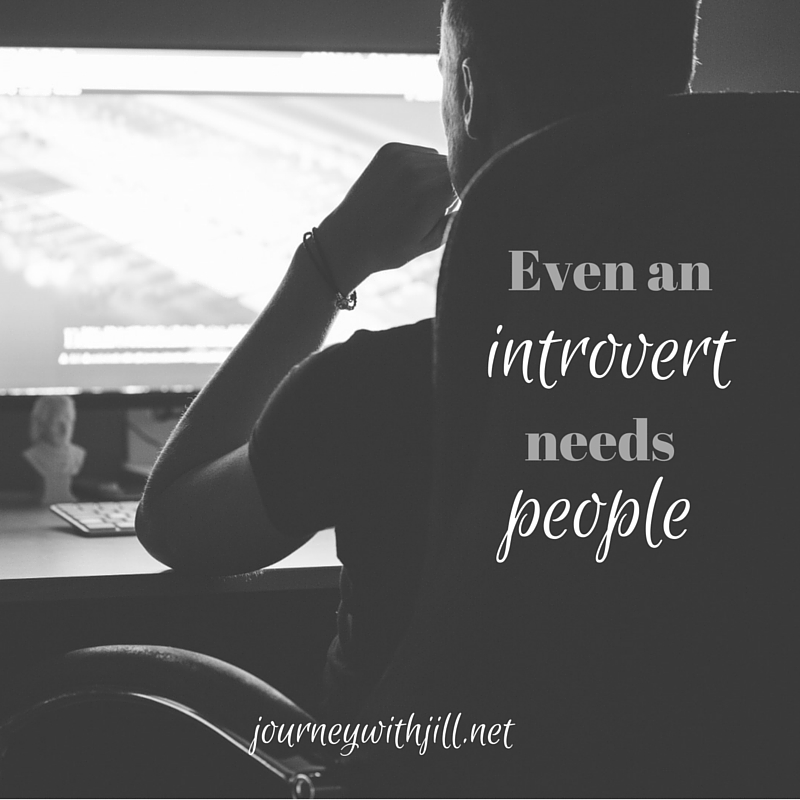 I’ve learned this: even an introvert needs people. We just need them in smaller doses, or we need ample recharge time in between. But over-recharging doesn’t do any good for the soul. It breeds isolation, loneliness, and even selfishness.

There’s one thing I’ve learned this week: I need face-to-face interaction. Not social media. Not texts. Not e-mails. Not even phone calls. Face to face.

And when things get back to normal, I look forward to emerging into the world again, maybe drinking my coffee across the table from a real person instead of a book.

Because that kind of recharging has always packed a more powerful punch than recharging alone–even for an introvert.

Share on FacebookShare on TwitterShare on PinterestShare on LinkedInShare on Email
Previous Post: « Not a Baby Anymore
Next Post: I’ll never look at MLK Jr Day the same again »