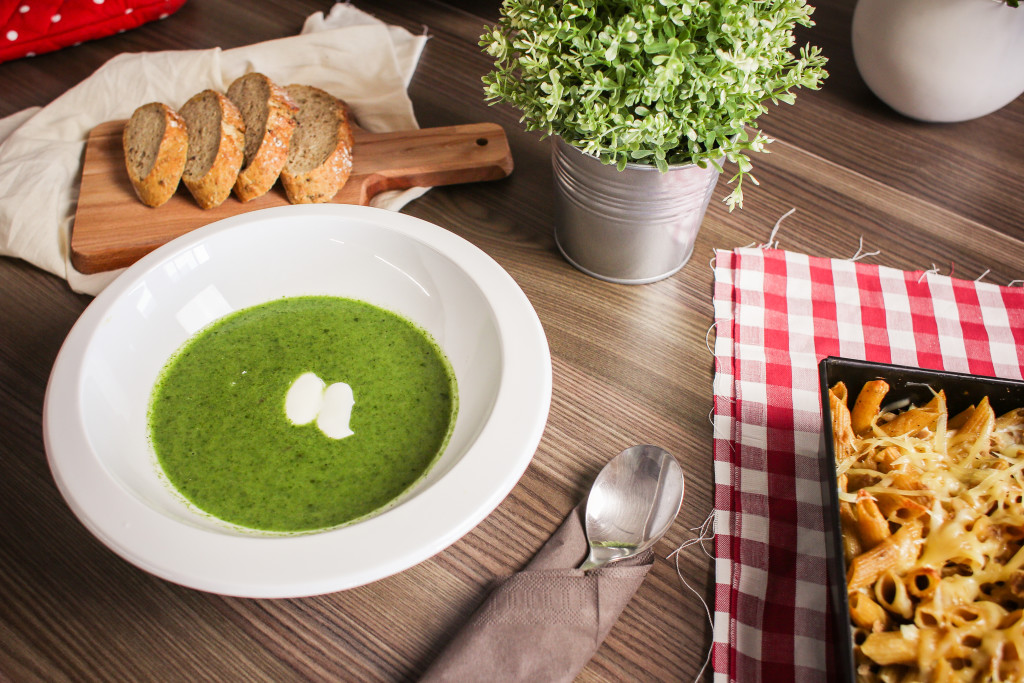 Have you ever asked a friend for the recipe of a delicious meal she brought to you, only to cook it yourself and it not be near as tasty as the first time?

I’ve been fortunate to have a caring group of women over the years who have brought days worth of meals during different times of our lives: the births of our children, the death of my father-in-law, when my son broke his leg, and when I had surgery. Leave it to southern church ladies to make sure when times are tough you don’t have to worry about dinner.

Many of these times I enjoyed the meal so much I asked for the recipe. In several of those instances, those recipes became mainstays of our table–for a while. But they never quite had the taste bud pop they had the first time.

Even though I know I’m not a great cook, I’m convinced that it’s not my cooking that brought a 5-star meal down to a 3. Food simply tastes better when it’s prepared for you in love. There’s something that makes plain old pot roast the most delicious pot roast you’ve ever eaten. That basic Pinterest lasagna totally trumps your own lasagna recipe. And where did my friend find that to-die-for salad dressing? (Turns out, she couldn’t remember!)

There’s just something about knowing a friend took the time out of her busy schedule to prepare a meal for you. Even if that beautifully arranged salad had been poured from a bag. Even if the biscuits were popped from a can.

So this is where I found my epiphany. For those of you who don’t feel all that gifted in the kitchen, those of you who worry that you don’t have a go-to meal that will knock their socks off, I want to encourage you.

A meal made in love for someone going through a tough time may be the most tasty meal they’ve ever eaten.

Don’t let your own culinary insecurities get in the way of blessing a friend. As the saying goes, it truly is the thought that counts.

If you’re like me, you might be wanting some basic tips to help you in your “ministry of a meal.” Here’s what I’ve found helpful:

Some of the most meaningful parts of receiving meals came with the most simple of details. Here are a few that make basic meals come with a personal touch that shows you care.

Taking a meal is a ministry of its own, and even if you don’t feel fully capable, you can still share love with someone going through a difficult time. I hope some of these suggestions are helpful. What can you add? What do you do or what has been done for you that was meaningful?

Share on FacebookShare on TwitterShare on PinterestShare on LinkedInShare on Email
Previous Post: « When We Hide the Pain because Grace is Limited
Next Post: Coloring Inside the Lines »