Share on FacebookShare on TwitterShare on LinkedInShare on Email 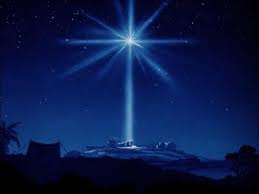 I love Christmas, but not all things Christmas. Now before you go thinking I’m going to talk about materialism and busyness and Santa, I’m probably going to throw you for a loop when I tell you I don’t particularly enjoy Christmas lessons, devotionals, or sermons. I can’t determine if it’s an inward groan or a silent yawn, but it’s almost a reflex every year.

My problem is that having spent 32 Christmases in church, I guess I’ve just grown calloused to a point.

I was reading in Matthew 2 as part of an online Bible study group I’m a part of, and I saw something I’ve never seen before.

Now after Jesus was born in Bethlehem of Judea in the days of Herod the king, behold, wise men from the east came to Jerusalem, saying, “Where is he who has been born king of the Jews? For we saw his star when it rose and have come to worship him.” When Herod the king heard this, he was troubled, and all Jerusalem with him; (Matthew 2:1-3)

I don’t know about you, but I’ve never considered who the wise men were until now.  The Scripture simply stated that they were from the East, which made them foreigners. I had always assumed from the Christmas stories that the star itself was situated in the east and led the wise men to Jesus.  But as I read it I realized that it said the wise men were FROM the east, which means they traveled west to Jerusalem.  This means the star couldn’t have been guiding them in the east.  A footnote in one translation (HCSB) said the literal translation is they saw “His star at its rising.”  Well, that changes things!  Here are a few of my observations:

All this was HUGE for me! It changed my thoughts on the Christmas story entirely!
Here’s what was clear to me:
I think many of God’s people  – Christians – are apathetic to a point today.  In a way, I can say that’s me. I mean, am I really searching to see God at work?  Or do I just assume as the people of Jerusalem’s day did that he really isn’t working all that much?
Israel hadn’t heard from a prophet in centuries; thus they assumed God had stopped speaking and had stopped working.  So they went on with their lives, content in fulfilling their religious duties, never expecting anything new.
I’m challenged today to start searching for where God is at work in the world, in the lives of those around me.
I don’t want God’s glorious plan to pass me by simply because my eyes aren’t looking!
The cliché “Wise Men Still Seek Him” is carrying new meaning for me this year.