“Where’s the accent from?” The young man smiled.

Having only said, “Hi,” I wasn’t quite sure how to respond. Partly shocked at his observation of my “accent” in just one word and partly embarrassed because of my apparent southern drawl, I scrambled to reply. I chose humor.

“What accent? I don’t have an accent,” I quipped. He and his companions eyed me, trying to figure out if I was kidding.

“I’m from Arkansas,” I finally admitted.

“Where is Arkansas?” One of them asked. “It’s close to Texas,” another answered.

They don’t know where Arkansas is?

“Where are you from?” I probed.

I knew a little about Toronto. I know it’s pronounced, “Toronno” with no hard “t” sound at the end. I know it is a post-Christian city, meaning most people there know little about Jesus. Friends of mine are doing mission work there this summer and mission teams from my former church have served there the past two summers.

Here we were, two people from very different ways of life, sharing a bus ride to an excursion in Jamaica. In this hour-long ride, I learned that this man had gone to college in Pennsylvania. He began sharing his thoughts on people in the United States.

“It seems every state has their own accent. It’s really cool. It’s different wherever you go.”

As he continued to talk to his fellow Canadians about the US, I listened curiously. Just what are his opinions of us?

“So many people in the US only think about what’s going on in their area and they don’t see or experience anything else in the world.”

For the remainder of the trip I listened quietly to these young adults, taking in all I could about their way of life and their culture, hoping to find an inroad to sharing my faith at some point.

Waiting for our tour guide, I watched them pull out marijuana and pass around a lighter. On the return trip, they eagerly planned their night of partying, while reminding one another not to curse because there were children in the bus. Throughout the trip I witnessed more selfies in one hour than in my whole life.

I couldn’t seem to make sense of these friendly young Canadians. Nothing in their lifestyle fit in my worldview. Except maybe not cursing in front of children. I never did find an inroad to share my faith, a fact that has haunted me ever since. 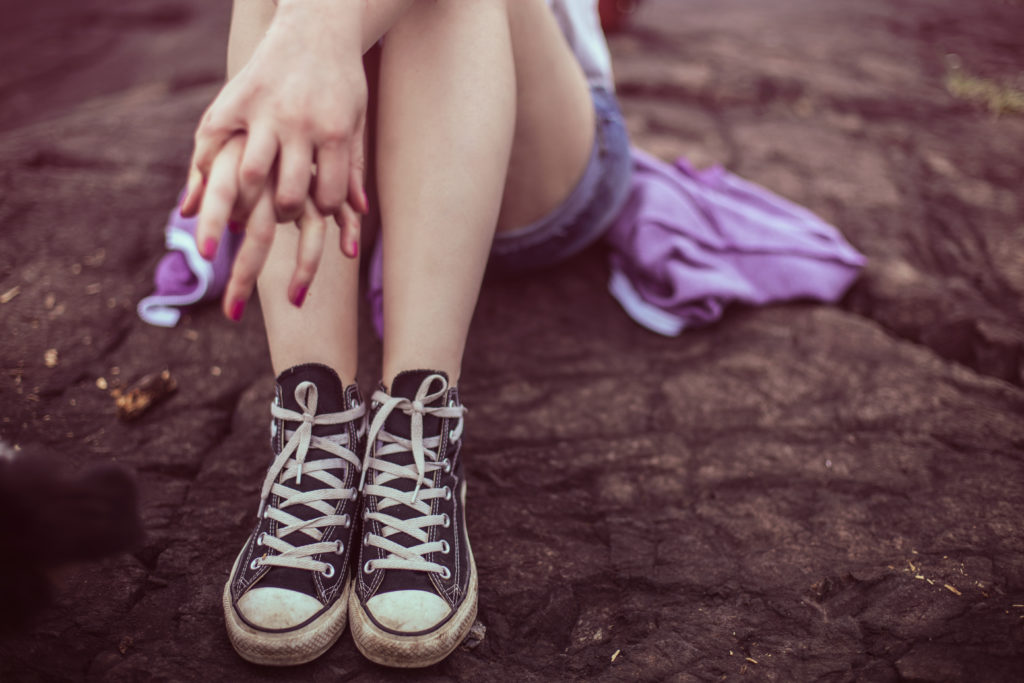 But one phrase has stuck with me weeks later, the one they used to describe the Americans they had encountered: “They don’t think about what’s going on in the world outside of their area.”

He’s right in many ways. During that excursion when I was watching them light up joints like they were cigarettes, I felt uneasy and insecure. All I wanted to do is get back to what I knew — in more ways than in just a physical sense.

But when I’m at home, when I’m safe and secure, I rarely think about what’s going on outside my own area. I am happy with the status quo, both with my comings and goings and with my view of the world and its plethora of issues.

Everything is so black and white, of course, when I’m in my area of comfort, surrounded by people with whom I have much in common — people who share the same convictions and worldview and even political leanings.

Therein lies the problem, I’m realizing. Sometimes I need to do the hard work of sitting with someone who sees the world differently from me and simply listen to their view before earning the right to share my own.

I think of Paul in Acts 17 when he went to an unfamiliar, pagan city: Athens. If you look carefully, you’ll see that before he preached the gospel to them, he observed. He saw the idolatry in the city. He inspected the altars and idols enough to note their altar to “an unknown god.”

Before he preached, he listened. And he used what he observed to share the hope and truth of Jesus Christ with a people with whom he had nothing in common.

In my own life, I am learning to listen. If I’m going to be able to share Jesus effectively to someone unlike me, listening to them and seeking to understand them is critical. It doesn’t mean I have to agree. Or approve. But simply understanding goes a long way in a relationship.

Holding fast to the unchanging truths of Scripture and listening to those who don’t believe it, can go hand in hand. In fact, I contend it must. Until we are willing to humble ourselves enough to listen, we’ll never be heard. And remember, faith comes through hearing the word of Christ (Romans 10:17).

Let us seek to listen. And love. And in doing so, share the hope of Jesus to those different from us.

If you start pushing your agenda before you start making friends with the neighbors and finding out about their lives, you’re a salesman not a minister of reconciliation. –Brad Brisco and Lance Ford, Missional Quest

Share on FacebookShare on TwitterShare on PinterestShare on LinkedInShare on Email
Previous Post: « I Am Grateful God Doesn’t Give Up On Me (even when I’m a lot of work)
Next Post: Everything is Different This Year (Almost) »