My hands shook as I crouched, gripping the scruff of my 70-pound dog by her neck. The brown feathers spilling out of her mouth betrayed the look of innocence in her eyes. 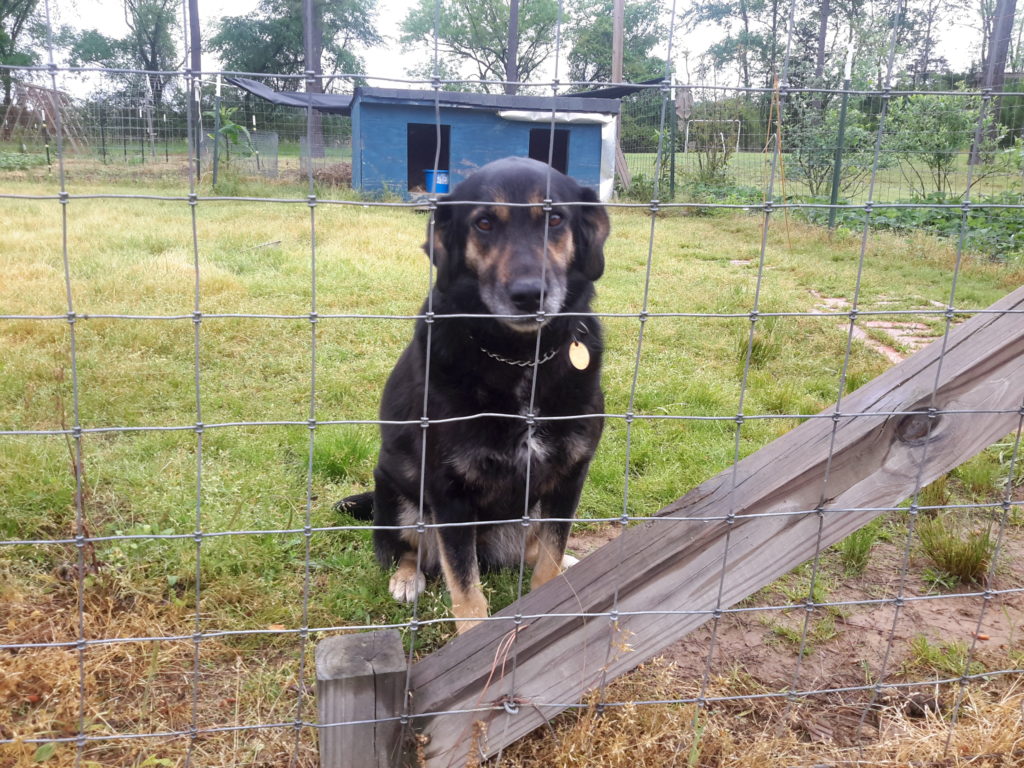 I screamed toward my sobbing son, himself terrorized by the events of the last 30 seconds, “Go get Daddy!” I feared if our neighbors heard the panic in my voice they would worry something worse had happened.

Besides sheer adrenaline pulsing through my veins, I couldn’t help but notice the sliver of humor in the situation. My dog Lucy and I were in the chicken coop. That must have been a sight. 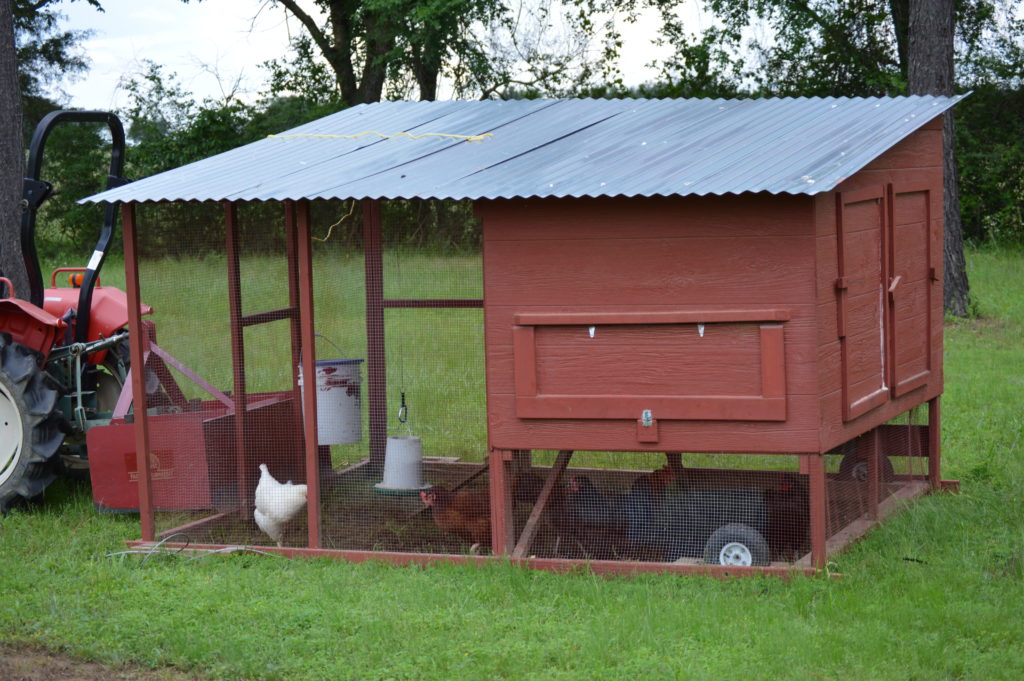 As I waited for my husband to come out to help, I considered my options. I could quickly escape and lock my dog IN the chicken coop until my husband came. But in the nesting boxes above me I heard at least one hen. No, I couldn’t leave Lucy alone in here.

I could try to walk her back to her own fenced-in run. But I knew at least two hens had escaped the pen. The chances were good I’d lose the muscle battle and Lucy would run after them.

Instead, all I could do was wait.

Just two minutes earlier I had walked outside to check on my son, who was doing his morning chore of taking the dogs outside. Instead of finding him feeding them, I found Lucy and him running circles around the coop. Lucy was so enthralled with the chickens, I could not get her back into her own pen. Before I realized it, she had found a breach where my husband had built a new chicken tunnel and barreled her way into the coop. 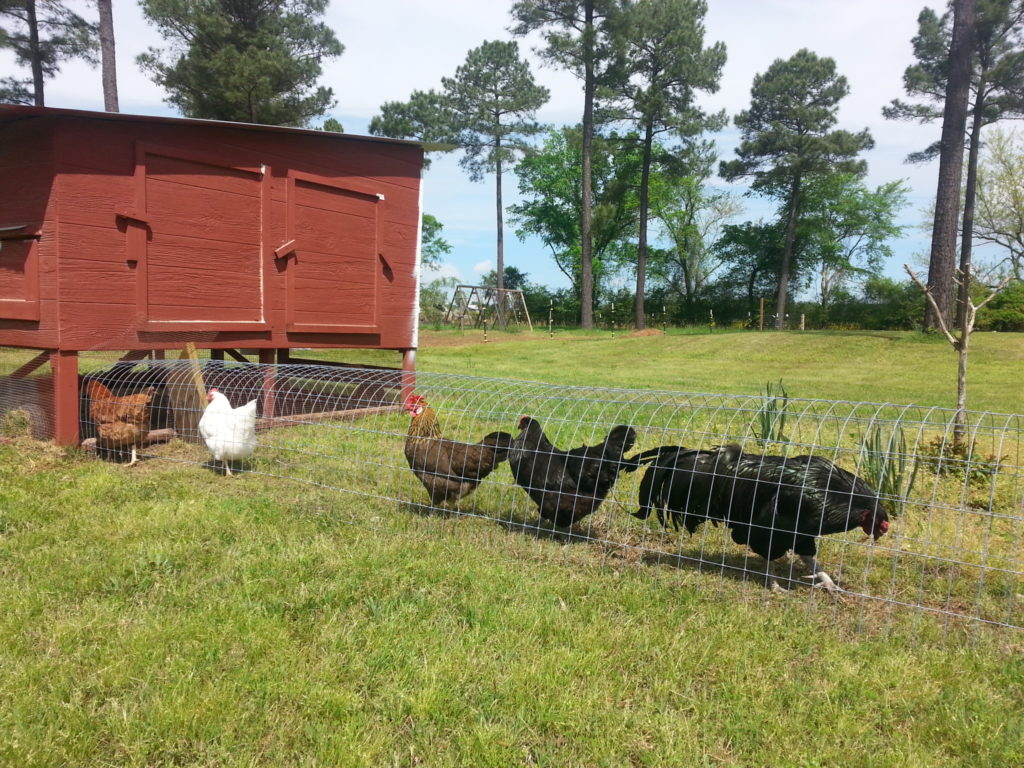 I rushed into the pen, bracing myself for attack by the rooster, or even the possibility of Lucy turning on me in the heat of the moment. At the same time my first fear was that my dog would kill the chickens and my son would witness it. And blame himself.

Finally, my bleary-eyed husband came out, awoken with a start on his only day off. With one word he got Lucy back into her kennel. Then, we counted the chickens. Three hens had taken shelter in the nesting area. One hen and a rooster had escaped to the perimeter of the property. And one hen was missing. The one Lucy had pinned to the ground before I got inside.

I got myself together to get my son to school and spent the rest of the day casually checking the woods around our house for signs of our missing hen. Around mid-afternoon, I began to get worried. How long would she be gone? Was she hurt?

I sat on the back deck, reading a book, my husband working in the back yard, when we heard it. The cackle of a hen far off in the woods, in the opposite direction from which she had run early that morning.

Matt and I felt helpless. We could hear her but she was too far to locate. My first thought was to get our rooster to crow. (The rooster who was supposed to be a hen. The rooster who has attacked my son and me. But also the rooster who has defended our free-ranging hens from coyotes twice and apparently had gotten the vulnerable hens away from our dog this morning.)

If we could get him to crow, perhaps the hen would find her way home. 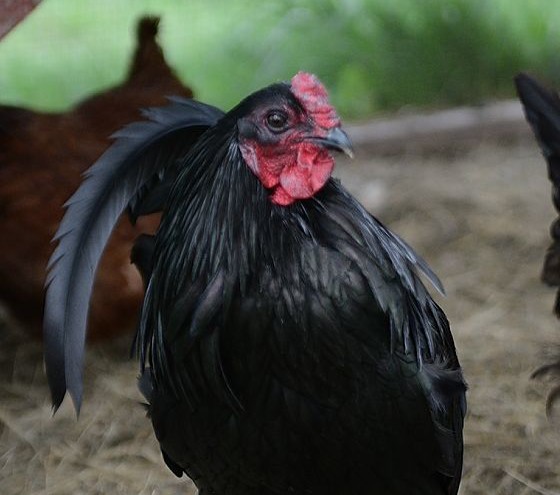 Finally, I agitated him enough to get him to crow. Thinking it wasn’t working, I gave up and went back to reading.

But about a half hour later, Matt told me to look. There she was, at the far perimeter of our property, waddling into the yard toward the chicken house. Safe and sound. 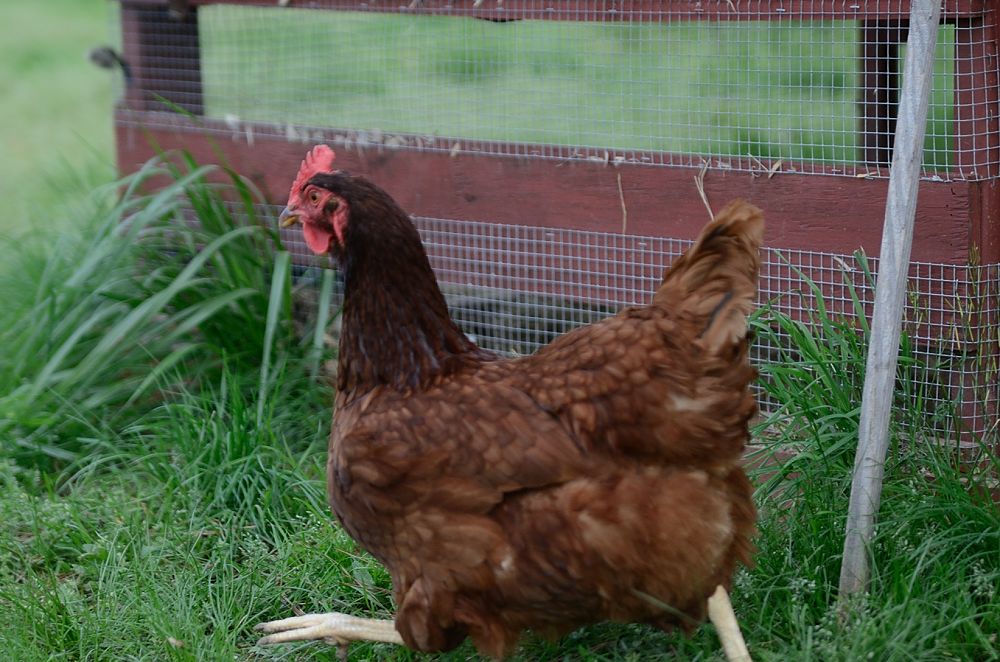 I considered how she must have felt in those hours. (Okay, chickens aren’t very smart so she probably wasn’t thinking, but follow me here.) A predator came into her home and almost killed her. She escaped into the woods but lost her bearings and ended up on the opposite side of where she needed to be. Surrounded by unknown terrain, she struggled to figure out how to get back. But then home called her when she heard the rooster crow.

I’ve felt a lot like that hen lately. My surroundings have changed in several areas and I’m not sure where I even am at times. People and places that were home to me aren’t here or the same. Where is home? And how do I even get there?

When I heard my hen in the woods, all I could think of was my hope that she’d be still and quiet long enough to hear the rooster crow.

God knows how disjointed and lost I feel. In considering my hen, I thought, maybe I just need to be still so I can hear. So I can listen to the One calling out to me, showing me where home is.

And unlike my hen, my home isn’t a place. It’s a Person.

Jesus says His sheep know His voice and follow Him. (John 10:27)

But I can’t hear his voice if I’m frantically flapping my wings (or my gums) and stirring up the brush around me. I can only hear him when I quiet my heart and my lips long enough to hear His gentle call.

So I will rest, yes, even in this unknown place. This unfamiliar territory. I will trust that my Home will call. And as I hear His voice, I will follow. Because He is where home is for me.

Share on FacebookShare on TwitterShare on PinterestShare on LinkedInShare on Email
Previous Post: « What Will Bloom After I’m Gone?
Next Post: It Was Only One Song »