This morning my daughter curled up with me in the recliner. I set my Bible study down and wiped tears from her eyes. In a few minutes, her growing pain in her foot subsided, and we sat contentedly together in the stillness of the morning. I sniffed the fresh scent of her hair and caressed the top of her head.

I don’t get to do this very often with my little girl. In her five and a half years, she has rarely been sick. Even her frequent ear infections were more of a nuisance than a pain.

It was different with my son. He suffered from mysterious fever episodes for at least 5 years from preschool until November of last year. Just like clockwork, he’d develop a fever with no other symptoms every 4-6 weeks, and he’d be down for 5 days at a time.

After routine testing, genetic testing, and three years under the care of an immunologist, we made the decision to remove his tonsils. The specialists don’t know why removing his tonsils might work, but anecdotal evidence seemed to suggest it might.

Our fingers are still crossed, but we’re going on six months without a fever episode. I’m hopeful the tonsillectomy was the answer.

But there’s another part of me (a small part) that misses those episodes, cuddles were frequent between my growing boy and me. He would ask me to sit down with him, where he’d lay his head in my lap and I’d caress his fevered head. Life in our family would stop for those five days and we’d be forced to rest.

I gave my daughter a gentle hug as I pondered the silver lining to everyday sickness.

But sickness is something we all want to rush through, isn’t it? That’s why we’re so quick to head to the doctor or take over-the-counter medication instead of resting and letting our bodies do what they’re designed to do.

Don’t we do the same thing with non-physical ailments? Let’s take grief, for instance. I lost my mom three weeks ago today. I know, in my head, grieving is a process, and it takes time. But I also want it to be over. I want to be myself again. 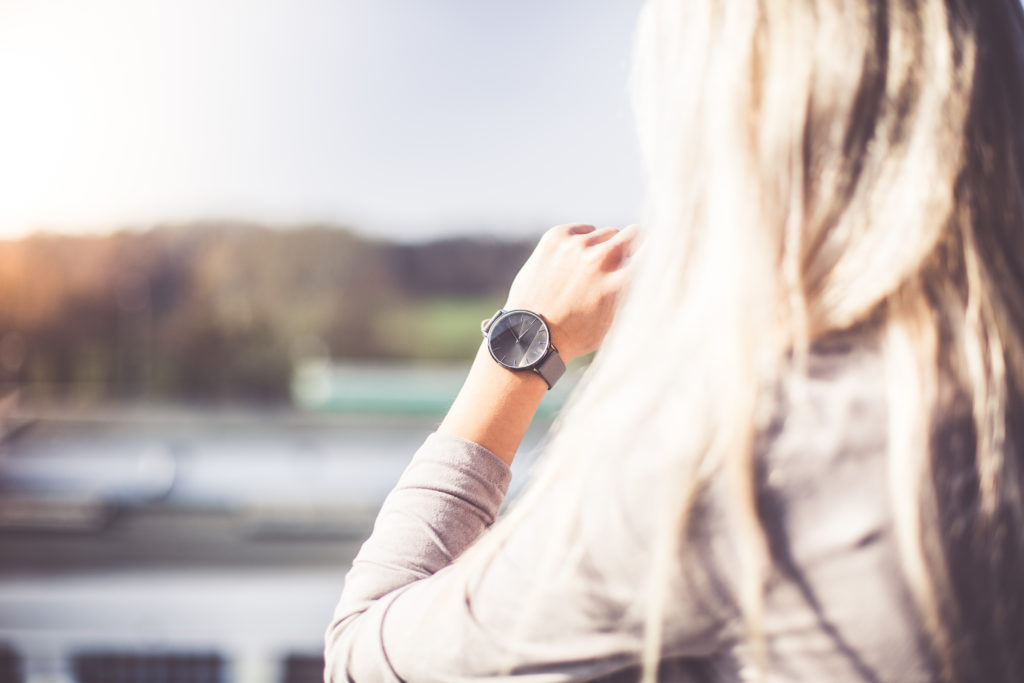 If you ask most people, they’ll tell you that the times they were the closest to God were their most difficult times in their lives. It’s true. When we’re in pain, we find comfort in our Father, the one who comforts us in all our afflictions (2 Cor. 1:3-4).

I have a feeling when we rush the healing, not only are we truly not healed, but we’re rushing ourselves out of the Healer’s arms.

As Alyssa’s cries softened, I heard Drew ask me from the kitchen, “How much baking powder again?” Today was pancake day, and he and I have been making homemade pancakes together weekly all year. Today, seeing I was taking care of Alyssa, he took it upon himself to make the pancakes without me at his side.

I was impressed. Proud. And joyous when he said he would teach his kids how to make homemade pancakes someday. Previously the sick one, now not only did he have compassion on his sister, but he quickly got to work.

As will we when we let our Father heal our hurts in His way, in His time.

Don’t rush your healing. There’s treasure in sitting in your Father’s arms.

In my weekly e-mail to my subscribers this week, I shared how I’m not quite myself in my journey through grief. Click here to view that e-mail, and to receive these e-mails in your inbox, click the “subscribe” button on the top left or click here.

Share on FacebookShare on TwitterShare on PinterestShare on LinkedInShare on Email
Previous Post: « Hospice: the Best Decision We Made + 5 Hospice Misconceptions
Next Post: What Will Bloom After I’m Gone? »