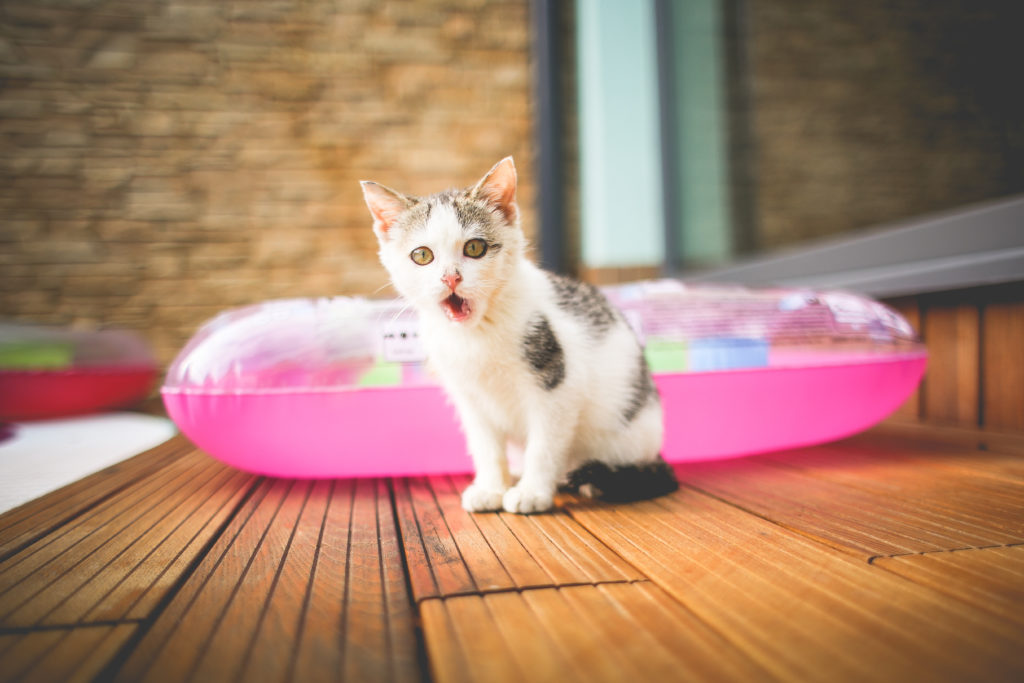 What was I thinking? Why in the world would I say that?

I continued to berate myself, turning the conversation over and over in my head, as if doing so would change the words I had spoken.

I have made an effort to conversate more in social situations, despite my terror of them. Just the week earlier I left an event (where I didn’t know many people) feeling more confident. I initiated conversations; I asked about people’s lives. I didn’t say anything stupid (I don’t think). I left with a spring in my step, thinking, I’m improving!

But that confidence was short-lived as I found my foot shoved down my throat again.

My intentions were good. I was simply trying my best to relate to a situation I couldn’t possibly relate to. I wanted to be a good listener, a good friend. So in a lull in the conversation – lulls make me really self-conscious – I pulled out the only thing I could think of that could help me relate.

You know when you tell a friend that a close family member has cancer and that friend talks about how their great-uncle died of that kind of cancer? That’s kind of what I did. Not exactly. But close. I realize now, when that person tells you their great uncle died of cancer, they really aren’t being insensitive; they’re feebly trying to relate and show compassion. It just backfires.

You’ve always done this, Jill. You’re horrible in social situations. You hurt people without even realizing what you’ve said until you’ve said it. You thought you had gotten better in the last 20 years but you’re still the same. You just need to give up trying to talk to people. Stick to writing where there’s a backspace key.

I remembered what I had heard in a Periscope broadcast from Crystal Paine of Money Saving Mom. She spoke about realizing how her own negative self-talk was destroying her. So she began to replace the lies with the truth. (To view her Scope on this subject, click here. The part I’m referring to starts at the 11 minute mark.)

The truth was, I shouldn’t have said what I did. But the truth also was that my motivations were pure, simply trying to relate. The truth is, I struggle with not knowing what to say in social situations, but the truth is, I’ve improved in this area and I’m not hopeless. The truth is, although I am accountable for my words, they do not define me. Out of the overflow of the heart, the mouth speaks (Luke 6:45), but sometimes sincere sentiments get lost in translation somewhere between the heart and the mouth.

I was able to silence my inner critic well enough, and I prayed that my friend would give me grace. I hoped she wasn’t replaying that part of our conversation like I had been.

What Does this Make Possible?

The next day I was driving and listening to a podcast from Michael Hyatt called The Treasure of Trials.

He said something so profound: instead of us asking ourselves all the negative “why” questions (like for me, “why did I say that?”), ask this question instead: “What does this experience make possible?”

I replayed the earlier conversation in my head and asked myself that question. What did that experience make possible? Well, I will hopefully never make that mistake again. I’ll be very careful when I try to use my experience to relate to someone else’s, even with the best of intentions.

Ultimately, I hope it will make one thing possible: that I’ll be a better friend.

I mentioned in my Friday Favorites one of my favorite shows is Scorpion. (And by the way, two more Bible references were in the last episode, but who’s counting.) Anyway, something was said at the end of the last episode that made me pause.

The point was, now that he knew what his vulnerability was, he could rebuild while preventing that specific failure again.

I failed in my conversation with my friend. But it showed me a vulnerability. Instead of seeing myself as hopeless, destined to hide behind a keyboard and not risk making new friends for fear I’ll stick my foot in my mouth again, I’ll move forward. I’ll recognize my failure and work on that vulnerability.

I’ll know that my failures don’t define me but they can help me improve in my life and my relationships.

I still shake a little inside when I’m in a social situations. And I still replay conversations and analyze what I should have said differently. But I’m working on replacing lies with truth, considering what the experiences make possible, and allowing God to use my failures to show me my vulnerabilities where I can improve and where his strength can overcome my weakness.

Sometimes we end up being on the receiving end of words or actions that hurt us. Sometimes those hurts are deep. Then we struggle with forgiveness.

If you find yourself struggling in unforgiveness, I hope you’ll join me on Periscope on Tuesday as I begin a series on Unforgiveness based on Matthew 18. I’ll show you three little-known realities that can help you break free. For more information on Periscope and how to catch my “scope,” click here. 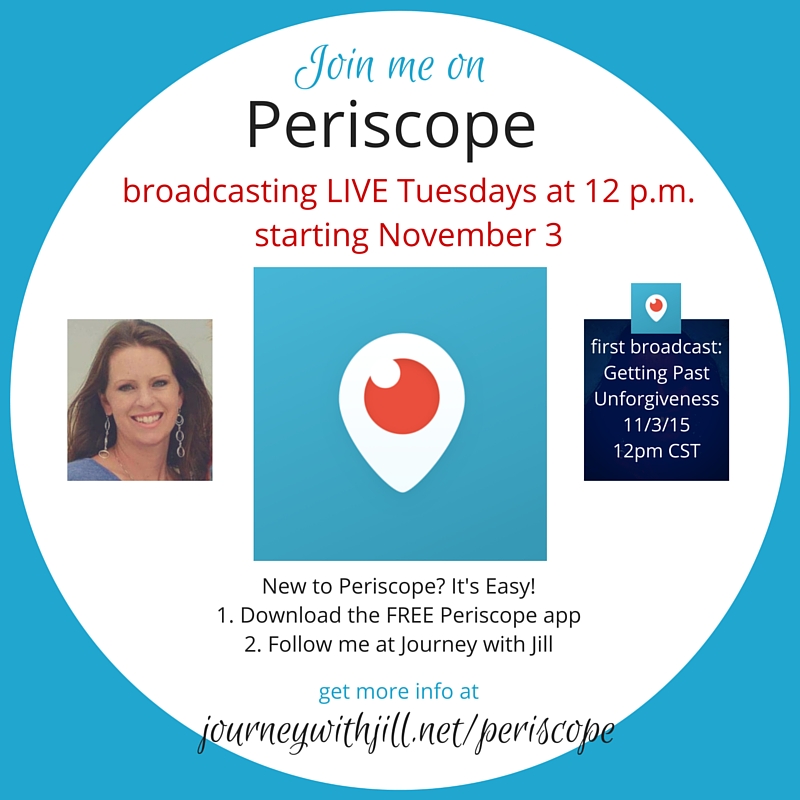 Share on FacebookShare on TwitterShare on PinterestShare on LinkedInShare on Email
Previous Post: « Friday Favorites (plus big announcement)
Next Post: Quiet Time Reflections: Open Your Mouth »