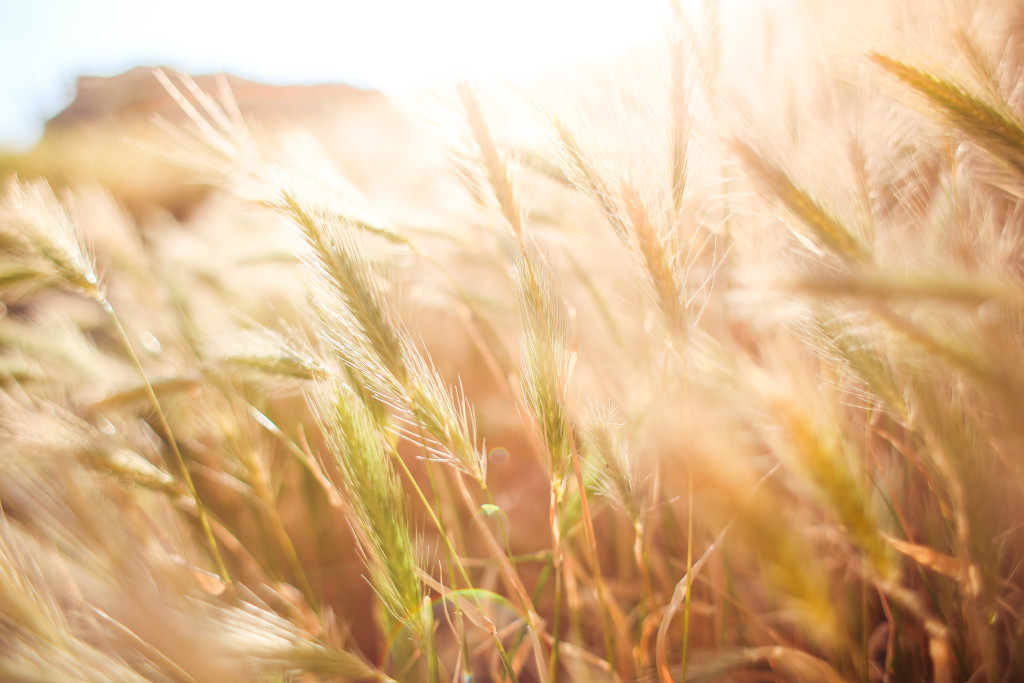 Today when my kids and I returned home from a morning of picking peaches, Drew made a beeline for the shower, and Alyssa immersed her feet in the bathtub. Although neither was all that dirty, Drew couldn’t stand the itchiness he felt from the bugs at the peach orchard, and Alyssa couldn’t bear the feeling of dirt that had penetrated her sandals.

Jesus said to him, “The one who has bathed does not need to wash, except for his feet, but is completely clean…” (John 13:10a)

My heart has been feeling like Drew and Alyssa have felt today. Spiritually dirty.

I can’t seem to tame my tongue. Resentment and bitterness are constant companions. Feeling that I don’t measure up in particular areas has me in a grip of sorrow. Defensiveness has hardened my heart instead of protecting it.

Then today. One thing led to another and the unraveling began.

A friend and I hadn’t been able to get together since I had my surgery and today was one of the few days our schedules would coincide. We decided to go peach picking, since picking fresh fruit at a local orchard and berry farm has been our thing the past few years.

We and our kids had a great time. My kids, in fact, had such a great time that we came home with twenty-four dollars worth of peaches.

My frustration began to mount as I realized these peaches weren’t ripe and took twice as long to prepare. I only made it through a third of them before I just gave up and canned what I had cut up.

Even more frustrating: 4 jars. Four measly jars. And I have 2/3 of the peaches left to can on another day — another day I really don’t have since we’re getting ready to go on vacation soon, and my to-do list is already piling up.

Toward the end of my canning load I went straight into cooking dinner. Cooking for hours on the hottest day of the year left me exhausted and cranky.

My children were getting antsy and when that happens they, of course, fight with each other. I don’t do well with this. I guess it’s an only child thing. So my frustration escalated to anger and I just wasn’t very nice.

So for a person whose heart already is weighed down with sin and guilt, this just compiled it. Nothing like feeling like a terrible mom when you’re already sin-sick to hit you when you’re down.

Shortly after dinner, I took Drew and Alyssa to my parents for a pre-arranged sleepover. (And of course, more guilt because I was actually looking forward to the quiet.)

When I came home, my guilt was too much to bear. I just wanted clean. But the voices in my head wouldn’t stop berating me, condemning me.

Thankfully, I knew by heart that Psalm 51 is the psalm that David penned after his sin. I turned to it and read it slowly, aloud.

My eyes stung with tears. Oh, how I had longed in my heart for graciousness. That word, in fact, had been dancing in my mind. It had also convicted me of my need to extend grace as well. And here was that word. Describing God. But grace was only the beginning. On its heels were God’s faithful LOVE and COMPASSION.

In this first verse, I could rest in God’s graciousness, love, and compassion. These traits, I realized, formed the foundation for the rest of the chapter, where David is broken over his sin.

God, create a clean heart for me and renew a steadfast spirit within me (Psalm 51:10).

My sin was a heart filth more than an outright rebellion. I knew I needed more than a slap on the wrist to change my ways. I needed a heart cleanse. I’m sure I’ll be praying this verse over and over.

The sacrifice pleasing to God is a broken spirit. God, You will not despite a broken and humbled heart (Psalm 51:17)

A broken spirit. That was me. I was done glossing over my sin or promising God I would work harder. He desired me to come to Him in my broken state, for only His cleansing will make me truly clean.

As repentance poured from my soul, the weight began to lift. Forgiveness seeped into the crevices of my heart. And just as Jesus did for the disciples after He told Peter only Peter’s feet needed clean, Jesus washed my feet.

After my time in Scripture and prayer, I brewed a cappuccino, sat quietly, and then headed to the garden. My joy hadn’t completely returned. I still felt worn out in my heart. Similar to right after my back surgery, not all the pain was gone, but one thing was sure. I wasn’t broken anymore.

Restore the joy of Your salvation to me, and give me a willing spirit (Psalm 51:12).

Share on FacebookShare on TwitterShare on PinterestShare on LinkedInShare on Email
Previous Post: « Rejected
Next Post: How to Get the Most Out of Your Pastor’s Sermon »