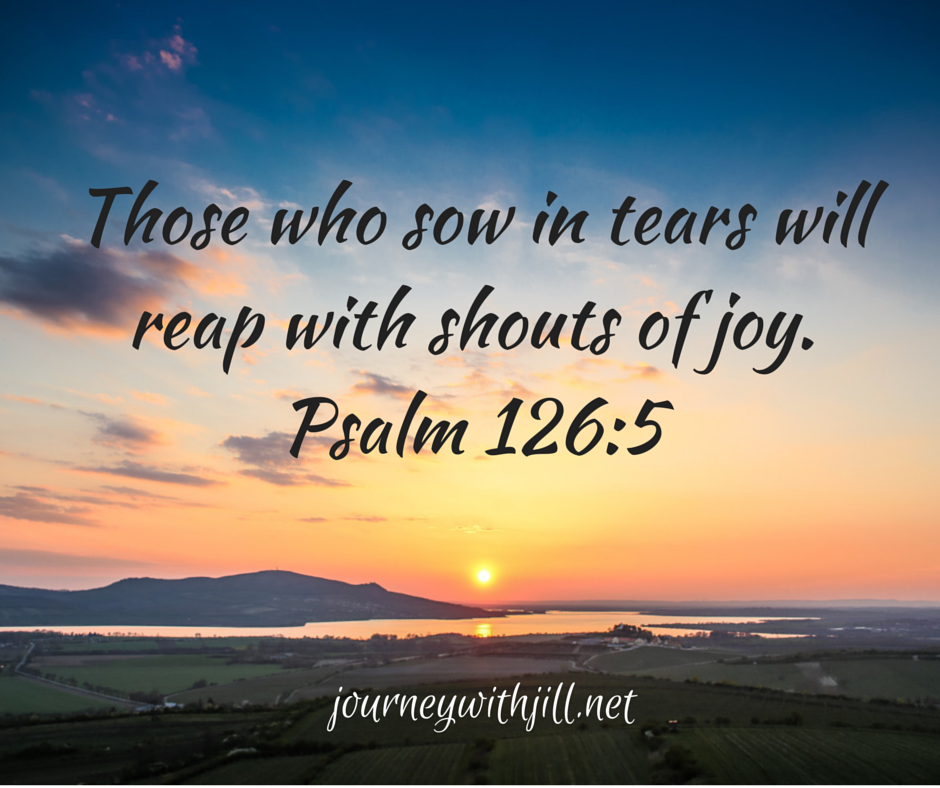 I sat in my chair, observing my new office. Even now, eleven years later, the joy I felt that day is just as fresh as it was then. I just became the newest Finance and Insurance Manager at the Ford dealership where I worked. I couldn’t wait to get started on my new job – a job I had longed for since the day I was hired as a salesperson.

I called my husband excitedly to tell him the good news. That evening, our entire family squeezed into my 3-row Ford Explorer and went out to eat that night to celebrate.

I can’t recall how many weeks prior to February 22, 2004 it was, but I remember what I was doing. Driving over the small overpass in our town, tears streamed down my face.

I was miserable at my job and it was affecting every part of my life. I gained 10 pounds because I was eating Pillsbury chocolate chip cookies and drinking grape Kool-aid every night for comfort. I would call Matt during the long 10-hour days in tears while I walked the parking lot flanked by brand new cars that I doubted I could sell if they were free. I skipped Sunday School a lot and dreaded church because most weeks I was working 6 days per week, 10 hours per day in a job I hated. On Sundays all I wanted to do was sleep so I could escape how miserable, in my view, my life had become.

I had left a job I enjoyed to sell cars with the unwritten promise that I would get into Finance and Insurance after gaining experience selling cars. The problem was, I wasn’t selling many cars. I was horrible at it. And even though it had only been 8 months, I was questioning everything.

In my car that day I cried out to God, asking him if I should seek to work elsewhere. In one of the few times that I unmistakably heard God’s voice in my spirit, he said, “Stay.”

“Restore our fortunes, Lord,
like watercourses in the Negev.” (Psalm 126:4)

“Okay,” I said. So I stayed. I started pouring my energies into ventures that would utilize my talents and would help the company. I began taking a larger role in the advertising and marketing, an area in which I had years of experience. I also launched and organized an initiative called, “Teacher Appreciation,” where the company honored teachers in 4 counties each week, ending with a huge banquet at the end, complete with a limo and red carpet. All while continuing as a salesperson.

Though I still hated selling cars, and I never got any better at it, I made the most of the time I had, trusting in God’s timing.

As it turns out, I only stayed in Finance and Insurance for three months. The dealership decided to open a new department and asked me to be the head of it. This job promised utilizing my skills–skills which may have gone unnoticed if I hadn’t put forth effort in the marketing and Teacher Appreciation. At 23 years old, I launched and began running my own department. I loved my new job even more than I enjoyed Finance and Insurance. And eventually my hours became more flexible, which was helpful when our children came a few years later.

Both the miserable eight months and the joy that came on February 22, 2004 are both palpable in my mind after all these years. But so are the life lessons attached–lessons I’ll never forget.

“Though one goes along weeping,
carrying the bag of seed,
he will surely come back with shouts of joy,
carrying his sheaves.” (Psalm 126:6)

Are you in a place of many tears? Don’t stop sowing. Lean on God for strength to endure this season, and rise above it. Don’t allow it to overtake you like I did for many months. Look for what you can sow. And let the tears be the water that nourishes those seeds, expecting to carry your sheaves with shouts of joy when the time is right.

Have you noticed that Facebook has gotten quirky? You may not see all of my posts if you rely on Facebook, so be sure to Sign up here to have each new weekly post delivered directly to your email. I also offer subscriber-only content a couple of times per month. I’d love to have you join my journey and I love hearing from you!

Share on FacebookShare on TwitterShare on PinterestShare on LinkedInShare on Email
Previous Post: « What Happens when I’m Frightfully Honest with God
Next Post: What My Rooster and My Pastor Have in Common »